Many of our customers choose Enplug after experiences working with other visual communications platforms that were too cumbersome, complex and expensive. In these cases, it’s exciting to see how Enplug transforms their existing screens.

But it’s just as gratifying when our customers build out a completely new communications system with Enplug. Empty walls are a blank canvas for integrating digital signage into a new corporate facility and ensuring effective communications from day one. This is the case with SentryOne, which chose Enplug to power digital signage in its recently completed headquarters in Charlotte, NC. 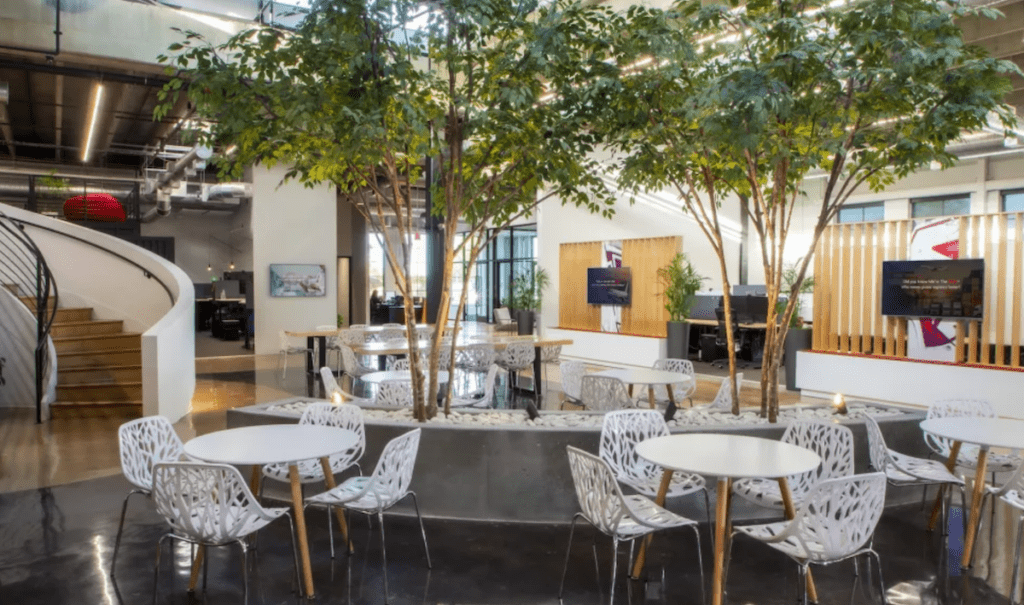 Converting the industrial shell into a modern-day corporate facility proved advantageous in that the entire structure was accessible. SentryOne’s technical team worked from this clean slate to design the office from scratch to perfectly suit the company’s workflows.

Building a robust and versatile AV network within the new facility was critically important to foster seamless collaboration across the new headquarters. Digital signage figures prominently into the company’s AV infrastructure, with a mix of Dell 4K interactive flat panel displays and Samsung Flip interactive flat panels positioned at key points throughout the building in conference rooms, public areas and training facilities. 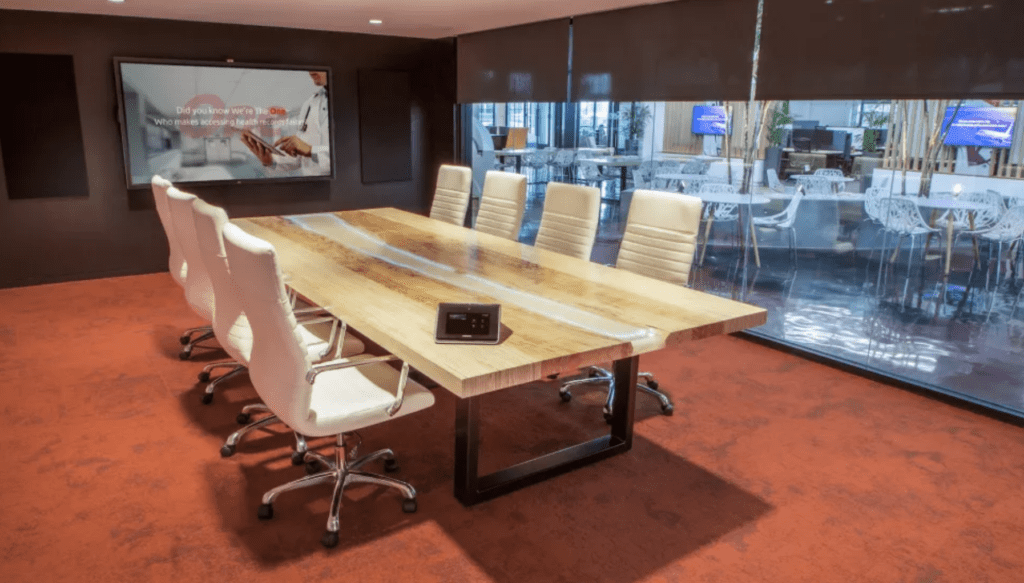 Enplug’s digital signage platform – which had been piloted by SentryOne at its former headquarters, now plays a central role in managing digital content throughout the new facility. An impressive atrium common area features a total of 11 displays, with additional screens located in multiple conference rooms, the main lobby, as well as a lab building that frequently hosts user groups and employee training sessions.

Signage in the atrium and conference rooms are used primarily for employee communications, broadcasting company milestones, birthday announcements, Friday lunch announcements, promotions and new hires. Signage in the main lobby and the lab building are frequented by non-employees, so those displays typically feature public-facing content such as SentryOne’s Twitter feed, informational videos and other dynamic content. 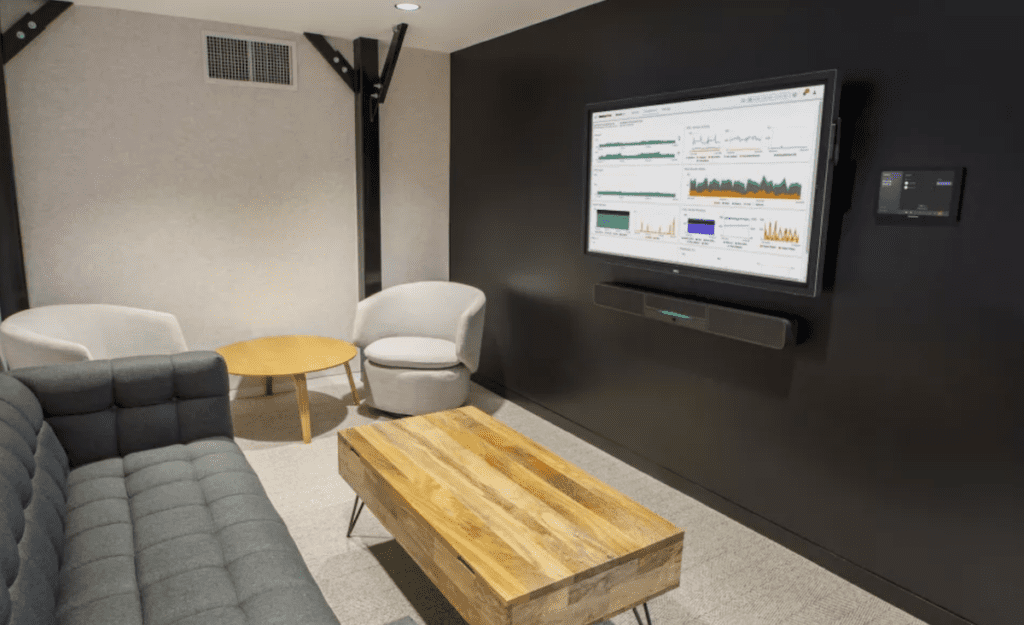 Enplug’s user-friendly interface enables SentryOne to share publishing responsibilities across various individuals, including the creative director, marketing personnel, IT staff and facility administrators. Content managers rely on Enplug’s wide range of content from Enplug’s Templates App to create branded material that reflects the SentryOne brand. The company also relies heavily on the COVID-19 Safety App, the Graphics and Video App and the Twitter App to curate a diverse mix of corporate content, relevant health information and real-time social content. The ability to schedule content to display at targeted times ensures that content displays on specific screens at pre-determined times, with the option of overriding regularly scheduled content periodically to accommodate important announcements and other key updates

SentryOne is a textbook example of how to embrace visual communications in a new corporate build. With careful planning and smart placement of screens in a mix of employee- and public-facing areas, the company now has a powerful communications network that will serve the organization well for years to come.

Posted By admin IN Case Studies