Transparent Displays: How They Work & The Visual Aesthetics

There’s no doubt that digital signage is the way forward when it comes to marketing your business and reaching even more customers than ever. What’s even more exciting is that with technology constantly improving, there are plenty of different options for you to choose from, including the emergent transparent displays. This fairly new technology comes in a number of different forms, offering so many uses for businesses and beyond. Here’s everything you need to know about see-through displays and how they work.

A transparent display is also known as a see-through display, and it allows the user to see what is being shown on the screen, while also still being able to see through it.

There are two types of technologies used for these displays:

The different nature of these two types of displays gives them very different appearances. Some displays actually combine both these types.

What Are Transparent Displays Used For? Case Studies

As it currently stands, the see through display screen is still a very emerging market that has a number of potential uses. Here are the four main types of tech and what they are being used for:

A head-up display, or HUD, is one that requires users to look away from their usual viewpoints. The name itself originated in the pilot cockpit, allowing them to get the information they needed by looking up. These displays are also now being experimented with in goggles and scuba masks.

They are also seen in Augmented Reality, or AR, which has expanded in the past few years. Headsets are now being seen with see-through displays over one eye to enhance the AR experience for users.

A transparent LED display is virtually invisible from up to 5 metres away, making them the perfect choice for glass window and façade applications. It means you can project images to people walking by your glass window on the street, while enabling them to still see behind into your store or office space.

LED displays are nice and lightweight, which makes them easy to both install and maintain. The transparent LED is one of the most popular choices for commercial use, offering an innovative solution by turning windows or buildings into a digital signage screen. 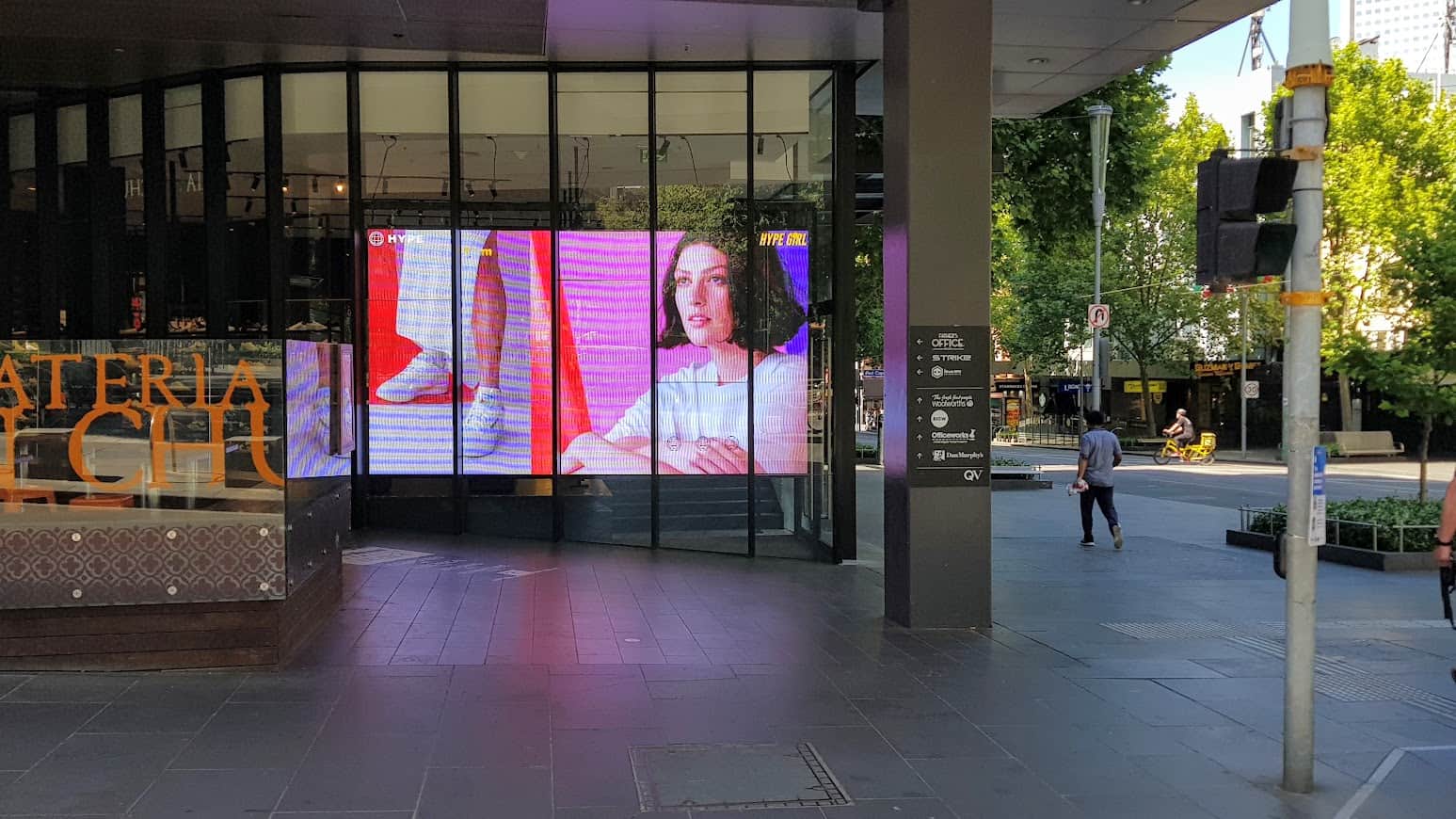 LCD screens are another popular choice on the market since they are lighter and much easier to scale. However, they require constant backlight and are restricted by their brightness, which has made it hard to use them as see-through displays.

Samsung introduced the first LCD Display in 2012, with their Samsung Transparent Smart Window. It’s a transparent touch screen LCD that can be fitted to any window. This technology has already been used to display products in stores. Clear glass display monitors also have a place in general retail. They can be placed in shop windows to show off the product behind, while also displaying advertising on the screen. It ensures that no view is blocked into the store, so customers can still window shop, while also being targeted with effective advertising.

A see-through LCD display can be used to create some amazing visual effects on an event stage, such as a concert. The see-through nature means they can create some holographic effects that will really stand out in a big crowd.

But the constant need for light behind it means the environment has to be very controlled for it to work efficiently.

Organic light-emitting diode, or OLEDS, are new technologies on the market that are becoming more and more commonplace. They are thinner, lighter and produce their own light without the need for any back light.

However, the organic material they use means that they are affected by the environment and sensitive to moisture and discolouration. For this reason, they are more suited to devices such as smart phones, which are constantly updated, rather than televisions. 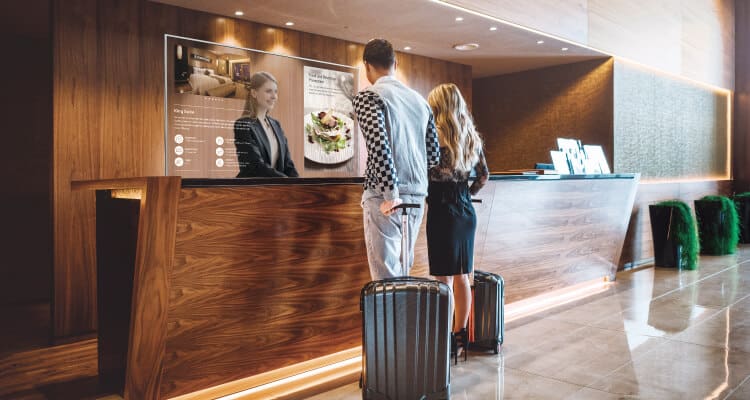 This display consists of a glass panel with a luminescent phosphorous layer and a circuit board. The circuit board lights up the panel, offering the most transparent and durable display on the market. Unlike OLED displays, it isn’t affected by the environment, so it can withstand much more.

These types of displays are mostly seen in vehicles such as cars, buses, trains, trams, boats and more, as the laminated glass can turn windows and window screens into information and functional displays.

When it comes to advertising your business and drawing customers into your store, it’s clear that the LCD & LED transparent displays are the best option – ensuring you have a constant backlight for best functionality.

So, what exactly are the advantages it offers over traditional screens?

Traditional screens take up valuable space and block anything beyond them.

While you might be trying to advertise to your target market as they walk past your store, in the process you’re also blocking them from seeing what you sell and catching their eyes on something they like.

Transparent displays offer the best of both worlds.

You can advertise to your customers, while also showing off your products in the window and drawing them in.

The Future of Transparent Screens

It’s clear that this emergent market is only just taking off – and who knows where technology will be in the next five to 10 years.

It’s about finding what works best for your business and advertising goals and making the most of technology that is available to you.

Posted By admin IN Marketing